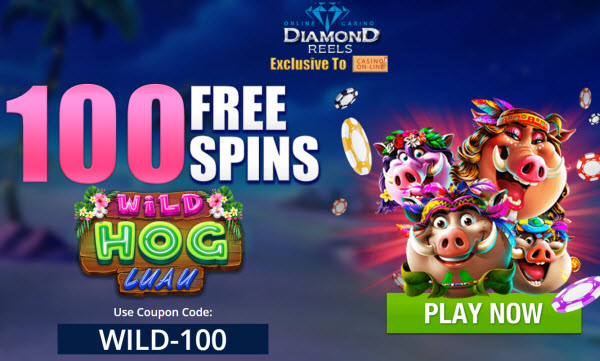 This is one of the best Hawaii-themed slot and things have been kept simple as much as possible.

One of the very first thing is that you will get to learn about the Hawaii culture, and specifically appreciate how rich the culture is. The origin of the Hawaii party is the luau in which its origin is “aha’aina in which the celebration include feasting and dancing. The only thing is that there were severe restriction on the slot and only the King and Chiefs are given the chance to eat on the dishes. The common men and women are not given the chance to do this. King Kamehameha has to stop this in 1819 as he ate with women and the common men, and this happens to be the origin of the Hawaii. The name itself originate from the taro leaves that are used in the preparation of laulau which is a traditional dish in Hawaii. The dishes served at the party are traditional, and they include the pork, beef wrapped and fish that are all wrapped in the leaves.

The award to be gotten is 6,800x of the amount that you have invested

Also, are the exclusive respin features

If that actually catch your attention, this is the right time to make further explanation on the game. Mere looking at the gameplay, there are 8 fixed paylines on the 5 reel slot and this is exactly the end of the conventional slots. Compare to some other slots, there is an independent spin on the reels, all that you need to do is to place your focus on wild symbol and its appearance can be on the 1st, 3rd and 5th reel serving as a replacement for some other symbols. The only exception is the Totem which can be said to be the scatter.

The moment you are able to land some wins, the Re-spin feature will be triggered. As you enjoy the round, the winning combination will be kept in place and your winnings will be increased. The pile up will be done one after the other, as soon as the feature ends, the payment of the final wins will be made.

For you to trigger the bonus round, there is a need for you to enjoy the Totem scatter. When you are able to land 3 Totems, it is going to pay you 1x of the amount place the bet on. Landing more Totems is an indication that you are going to get more free games.

Emperor Panda Slot Review (RTG) Slots A new slot game is set to be released by RTG in 2020 and it...