A new slot game is set to be released by RTG in 2020 and it is named Emperor Panda Slot. Real Time Gaming is known for developing high quality software and this is not an exception when it comes to Emperor Panda Slot too. The game is Asian themed in which players will be taken to the jungle. It is a medium volatile game thus there won't be a massive winnings. It is made up of five wheels, three rows, and fifty bet lines. The maximum payout you can realized from playing the game is one thousand times your stake. There are several features available in the game that contribute to the winnings of players. Some of them are the wild, scatter, bonus game, and the free spin session. 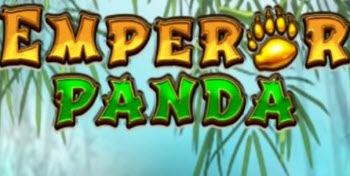 The least amount you can stake when playing Emperor Panda Slot is 0.50 dollars and the maximum is fifty dollars. This implies that players will need 0.01 dollar for a line as minimum and one dollar per line as maximum.

There a various means you can used to increase your winnings through the features available in the game. One of the features include the special icons that is composed of the wilds and scatters. The wild is represented by the Panda and it will showcase on wheel two, three, and four. It will also help in forming winning combination by replacing other icons on the wheels except scatters.

Scatter is another special icon that is represented by the Gold Paw and it can be used to activate the free spin session. You are going to need at least three scatters before you can activate the session and you will be awarded about one hundred times your bet.

Another fantastic feature is the bonus game that involve the jackpot emerald through which players will be awarded hugely. The feature will be activated by the presence of a minimum of 6 emerald icons on the wheels. Then it will be fixed at that position and the respin session will occur through which you can accumulate additional emeralds. The respin will go back to three when you land emerald at the corner side.

When the feature ends you will be left with real money or the standard jackpots. Also, the players can change the reels to eight plus four rows by activating a feature that occurs randomly.

As earlier stated, the game is directed towards the Asians since they are more familiar with wildlife. The main characters in the game are Pandas just like the slot title insinuates. There are many features available in the game that increase the winnings of the players. There are wilds, that are represented by the main character (Panda) and scatters that are represented by the Gold Paw. There are other icons available also since it is a jungle and there are various animals present therein.

Real Time Gaming is among the popular software providers in the gaming industry that are known for developing slot games of high quality. The graphics and themes are amazing with a three dimensional design. There are many features that increases the winnings of the players. Among the features are the wilds, scatters, respin, and free spin session. Emperor Panda Slot has been optimized to function very well on mobile devices and smartphones. It can also be played for free with the demo version being available for players to perfect their strategies.

What are the main features of the game?

Real Time Gaming is the software provider, it is made up of five reels, three rows, and fifty bet lines. The minimum bet is 0.50 dollars and the maximum bet is fifty dollars. The highest amount you can realized in a sequence is one thousand times your stake.

The Slot is available at where?

Any online casino with RTG as its software provider will have Emperor Panda Slot in its collection of slot games.

Is the slot mobile optimized?

Definitely! You can play the game using your mobile devices.

Is it necessary to use real money before you can play the slot?

No! The software provider have make sure that players can play the game for free without playing with real money. This will aid players in familiarizing with the gameplay and perfecting their strategies.