NetEnt does the powering of this slot, and the creation was made in partnership with Universal. There are up to 20 pay lines with the inclusion of 5 reels in which you can get to spend up to £100 on each of the spins. 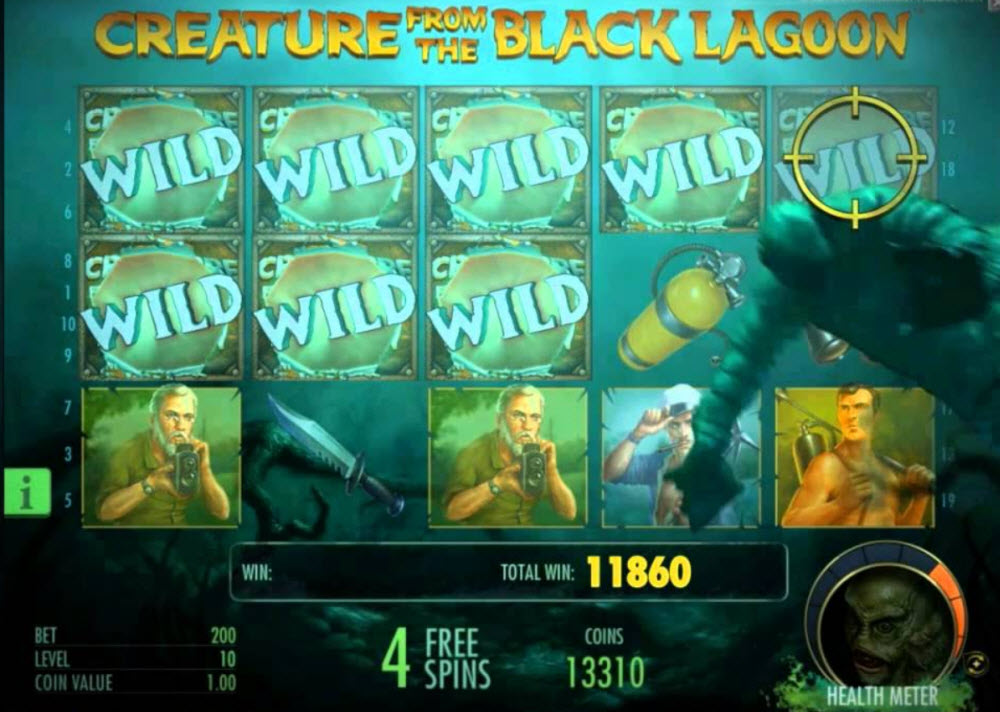 Of course, this game is based on the monster horror film in 1954, and it has met with huge success back then. Gill-man that happens to be a major character is prehistoric, then you can get spreading wild and re-spins

Mere looking at it, we can get to see that the creatures from the Black Lagoon have an online slot that will refer you to the rainforest. Looking at the background of the lagoon, there is this cinematic and vintage feel that portrays the 1954 classic film. The soundtrack is eerie while you play them and the reels are well set right on the map

The symbols that are of low value include cameras, binoculars, knives, and oxygen tanks. There are up to four characters which include David, Kay, Carl, and Lucas. The symbol tha rewards most on this casino are Kay, as it will give 1.25, 12.5 or probably 37.5, of your stake when you can get 3,4 and 5 combinations

Green is the Logo of this slot, and it can serve as a replacement for some other symbols; the two exceptions include the target symbol and the free spins. There are 20 pay-lines on this slot, and wins can be made when you can get 3 or more symbols that match your win

All you have to do is to check out for the target symbol on reel 5 as the creature makes their appearance on the right screen. If you look at the bottom right hand, you will get to see the health meter so that you will be able to figure out the health status of the creature. The moment the creature gets hit, the health will deteriorate. The meter is up to 4 levels

Even with the fact that the game was released in the year 2003. NetEntertainment has made a conscious effort in revamping the games such that it will be available on tablet devices and smartphones. The RTP is 96.47% which is considered to be of an excellent standard