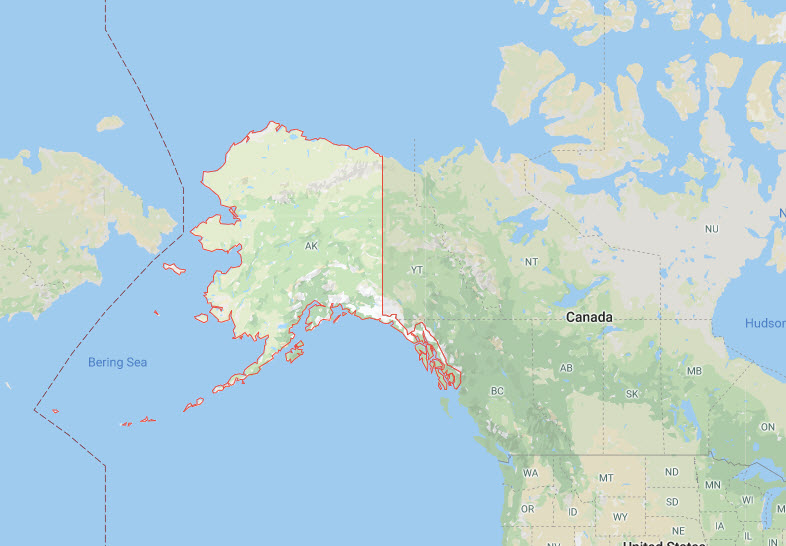 The Statutes and Codes made in Alaska do not cover or regulate gambling online as it does for land-based gaming. This is because the needed update has not been done to ensure relevance to the technological advancement in today’s world.

As a result, it looks almost impossible to start up legal online gambling in Alaska, but then nothing is going to stop the players that are enthusiastic to carry out gameplay on offshore casino sites, poker rooms, and sportsbooks with their real money. However, it is essential to say that the attorney general opined that carrying out an activity on games with real money can be considered as being illegal, and such an individual caught with this act can be prosecuted. Having said this, we have not seen the prosecution of any individual because he partook in online gambling, and the authority does not seem to have any interest in going after people that gamble online

The state has placed a ban on games that are of a casino style. The Native Americans are not given the chance to carry out an operation on the gaming platforms that makes provisions for video poker, classic table games, and slots. It is legal to play the pull-tab games, and there are limitations to the number of venues. The online games are not regulated, and prohibition is made for the local business that operates on the casino sites online

It is illegal to play on platforms that are not within state, even with the fact that the offshore operators accept the gamblers in Alaska. The affiliates offshore always like to emphasize the fact that there are no rules that makes playing offshore to be illegal. While this is true, we cannot also assume that the anti-gambling regulations established by the state applies to games on the internet

Alaska allowed betting on the game of skill, but the unfortunate thing is that poker game happens to be one of the games of chance listed by the local lawmakers. With this, the legality of the poker games is when it is done as a home or social game

The status of online poker can be said to be the same as online poker. The majority of the poker platforms offshore accepts the players that are based in Alaska. The affiliates are very particular about the fact that it is legal to carry out gameplay online because the law does not hammer on this issue. Talking about the online games, it is interpreted as being flawed because the technology that is used does not have relevance to what can be said to constitute the illegality of gambling

One of the most essential traditions in Alaska is Dog Mushing, and this happens to be the only sports betting allowed in Alaska. All other forms of sports betting are being considered as being illegal, and no changes or alteration was made to this when the Professional and Amateur Sports Protection Act was struck down by the Supreme court in 2018

The gamblers based in Alaska are all accepted by the offshore sites, but then carrying out an activity on these offshore sites can be as well considered as carrying out gameplay on an online poker and casino games. When players get themselves engaged in any of this, it will be regarded as illegal

The DFS contest is generally considered as a skill-based contest, and the lawmakers in Alaska have not targeted it, unlike the poker and the rest. For this reason, any activity carried out in this contest can be considered as being legal, and the law enforcement agents have not questioned this particular assumption. Currently, the US-facing platform provides their services for players that are based in Alaska, and they include FanDuel, YahooDFS, Fantasy Draft, DraftKings. There is no certainty that any legislation will be made regarding the DFS contest anytime soon

Provision is not made for lottery service, and there is no possibility that anyone will come up very anytime. Players are only left with a way to engage in lottery-style gaming that is legal; the only way they can enjoy this is to go to a tribal venue that makes provision pull-tabs. The Alaska residents are given a chance to make use of the online lottery concierge such that they can get their lottery tickets from different countries and states. Having said this, there are casino gaming, sports betting and the online poker, all of these will be considered to as unlawful

The form of commercial gambling that is legal in Alaska is the land-based bingo, although there are limitations to the number of venues, then there are three anchorages with the inclusion spread across each state. Hardly will you see the online bingo websites that are sanctioned by the state, and the offshore bingo sites accept the Alaska residents. But then partaking in the offshore sites can be said to be unlawful

What are the particular type of gambling made available in Alaska?

Players that are enthusiastic about gambling in Alaska should understand the fact that Alaska does not have much to offer, provision is not made for the land-based casinos, and the state makes strict gambling laws

What are the offshore sites that accept players that reside in Alaska?

The US-facing offshore gladly accepts players that reside on Alaska

Is there intrastate online gambling?

Provision is not made for proper online gambling in Alaska, and the businesses that are based in Alaska are not given a chance to offer gambling services online

Is there any regulation?

What are the laws that cover online gambling in Alaska?

No regulations are explicitly made for online gaming, have it at the back of your mind that the authorities can lay the claim that those laws are applicable for playing online.

Gambling in the United States