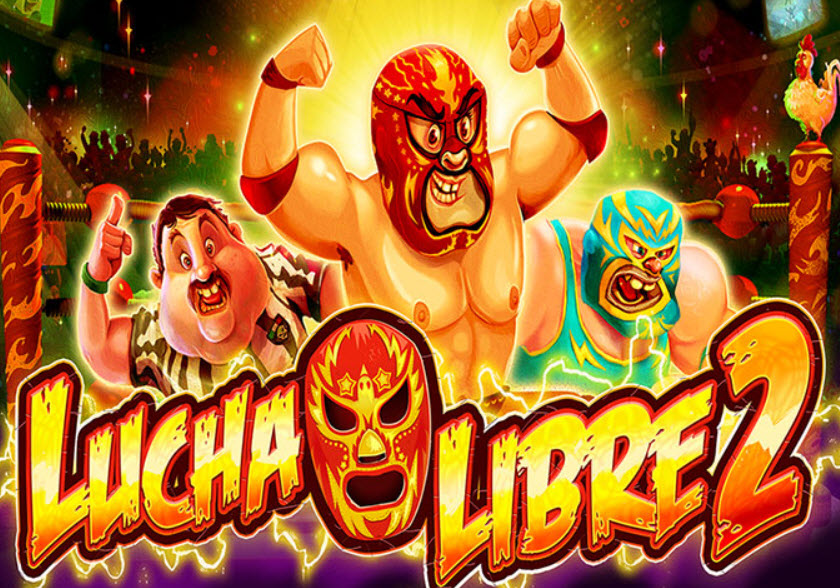 Real-Time Gaming is a fantastic developer that helps in the production of exciting and exciting games. Now you are to pay due attention to one of the products of the RTG, which is going to take you back to the real world of fighting. Lucha Libre has some typical special features, and the location of the button is unusual, as the numbers are distinguished from the number of similar ones.

Aside from this, there is the addition of some specific buttons. Brown happens to be the primary color on the interface, although the symbols are not that bright, then the graphics are in a presentable manner.

The central idea of the theme is on wrestling and Mexico. On this slot, the accompaniment of the sound is vivid, has an animated video effect, and some peculiarity is being added to the game which includes the wrestlers and the hen as they make their appearance on a timely basis

You will get to see 25 pay lines and 5 reels. Just in case there is a need for such a thing, you can decide to change the lines, reduce or increase its numbers, and you can as well make use of the autoplay. This game does not have a progressive jackpot. $0.25 is the minimum bet for all the 25 active pay lines, and the maximum is $6.25

The Wilds on this slot is the Wrestlers symbol, and they make their appearance on the 3rd reel, as the wild can be substituted for some other symbols, the scatter is the only exception. Anytime the wilds make their appearance, it is either they jump on some other reels or double up their wins. The mask and wrestling rings are the Scatter symbol.

When there is an appearance of three or more scatters on the wrestling ring, then the activation of the rumble bonus feature will be made.

Mask of the Fiery Doom is another fantastic feature; the triggering of this shows up before you get to enjoy the online free spins. Multipliers of the bonus games are on the high side, and the lucky one will be the winner.

The other symbols that we get to discover include Beer, Cup, TV Set, Advertisement, Championship belt, and others

This slot is exciting and unusual, and you will get to see the difference compare to some other slots