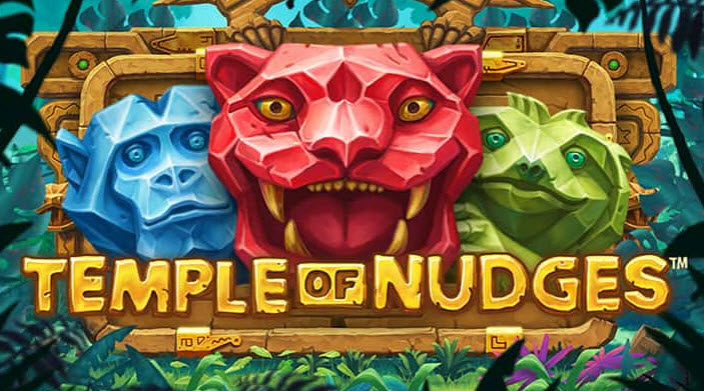 Play on Temple of Nudges

Temple of Nudges is one of the games released by NetEnt; this slot is an adventurous themed and low variance slots which celebrates Mesoamerican culture. Temple of Nudges slot is now available for play at all NetEnt casinos. This slot has five reels, three rows and 243 Bet Ways; this slot also has a Nudge feature whee players have the opportunity of having consecutive wins on one spin, and it also provides Re-spins where winning symbols get stuck to the reels. Your reels can be spin between £0.25 to £250 per spin at our best rated casino.

The highest cash prize (non-progressive jackpot) that can be won on a single spin is 87, which is 48x your bet. Taking a look at the jackpot size and the maximum bet per spin (£250), you will find out that the calculation is not right, this is enough to say that NetEnt rolled out a “MEH” slots. The visual fidelity is excellently bolstered by a soothing soundtrack at the positive side. You will see temples carved from stone along the bottom of the reels and the symbols on them are snakes, slots, jaguars, temples, anteaters, suns and birds, every of this is carved from stone. The most important symbol of the slot is the red jaguar five which pays a maximum win of 86, and that is 48x your wager. This slot has no scatters, wilds or free spins feature, the slot has a return to player of 96.03%.

Play on Temple of Nudges

The bonus features of this slot are given below:

There is nothing exceptional about this slot released by NetEnt, its low variation action makes the slot to be below standard. The Nudge feature and the Re-spins features make it possible for you and big wins of 87 which is 48x your stake and the condition of wining this is to fall a full screen of the most valuable symbol of the slot which is the ‘Red Jaguar'. This slot has an awful mechanic, and this makes it solely for die-hard fans alone.

What's the top cash prize that can be won per spin?

Temple of Nudges has two exclusive bonuses which are; the Nudge and the Re-spins. The Nudge feature gets played on each wining combinations; the wining symbols offers re-spin by sticking to the reels.

How many unique features can one find in the game?

Temple of nudge has 234 ways of wining, so the most significant win is €21,870, and this prize can be won by landing a full screen of the most valuable symbol, I.e ‘Red Jaguar'

Are there NetEnt powered online casinos that accept Bitcoin?

Of course! NetEnt online casino accepts bitcoin; you can check our Bitcoin Casino list for sites that are powered by Softswiss, Evolution Gaming, iSoftBet, and Betsoft.