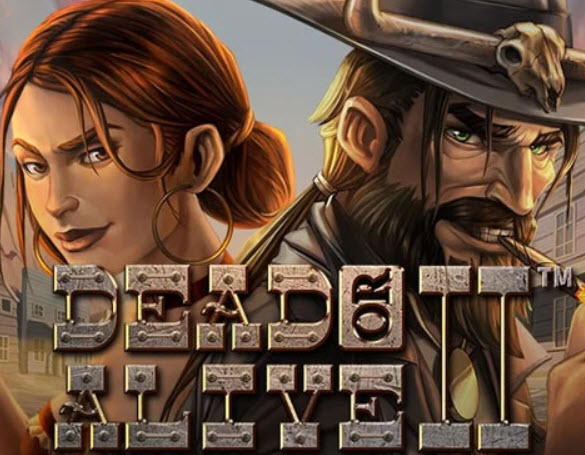 Play on DEAD OR ALIVE 2 SLOT

Dead or Alive 2 is an online video slot powered by Net Entertainment. This slot features five reels, three rows, nine pay lines with 96.8% RTP and a maximum payout of 100,000x.

About Dead or Alive 2

There is no need to introduce the original Dead or Alive 2. With this slot released in May 2019, it is remarkable enough to be famous, and it is one of the most played slots on the market at this present day. With an opportunity of glimpsing through a list of top-performing slots for a particular casino, Dead or Alive 2 was discovered to be ranked number 11 on the chart, and this is entirely not bad for a slot that has been in existence for long.

Due to the nearly end time of Flash Era, Dead or Alive subsequently was converted into HTML5 format. The prolonged public debate that occurs with many gamblers who accuses NetEnt of having done some changes to the game seems to have had a little effect on the game status and popularity. NetEnt themselves have countlessly refused to agree that they made any mathematical changes to the game and that is all.

Although, it is solely a different game, it still has many things in common with the original one. There is no change in the industry standard of 96.8% RTP, five reels and nine pay line setup. The settings can also be recognized, and this makes veterans gamblers feel at hime. Th the main game, the action occurs in the main street of an old western town as the sun shines its last light particles in the backdrop. Talking about features, what distinguishes this slot from the original one is the free spins feature where you have the opportunity of choosing from three games. Dead or Alive 2 has sharp HD graphics and impressive scenes. In this slot, you will see A to 10 royals and more rewarding boots, whiskey bottles, revolvers, cowboy hats, and sheriff badges. The sheriff badges are the most valuable of the symbols of the game; it gives 100x your stake for 5 across a full pay line. The wild symbol is represented by each of the five outlaws, and this substitutes for every symbol except the scatter.

Features of Dead or Alive 2

The free spins features get activated when three or more scatter symbols lands at any place on the reels simultaneously. When this occurs, you will be given a choice of playing one of three different games, each game having distinct mathematics and volatility. The games are High Noon Saloon, Trait Heist, and Old Saloon.

Verdict of Dead or Alive 2

It is quite evidently that NetEnt has joined the original version and the new version together in this game, and this is so wise of them. With this, you don’t have to select between the two versions, though the new version comes with three different free spins, which will have an effect on the distribution of the RTP, so it is likely you won’t be playing the same version.

What other would one celebrate the 10th anniversary of Dead or Alive 2 better than this offer of an undisputable product of NetEnt, which does not only retain the dignity of the brand but also strengthens it. The concept of the MAX is also of enormous value even though there is a poor prospect of landing anything similar to the maximum win. There should be an avenue for quite some impressive big wins to enjoy yourself.