Pragmatic Play is taking us all into the animal theme as 3 of its most recent launches have either been horse-related (Treasure Horse, Mustang Gold) or, just like it is here, having been inspired by the African wildlife. It isn't a theme we personally love a lot, but if it's got solid playability, maths that's on point, and lots of money to be won, then we really don't care. In fact, everything mentioned is the factor that helped Pragmatic Play propel from a kind of vacuum without bounds to a position that's noticeable in the market with gamers now becoming more and more aware of the game it provides.

Even with this, Pragmatic Play hasn't managed to make us love it. There is still a kind of generic feel of its games (to us) that it hasn't really shaken, and it is unreasonable difficult to trigger the bonuses. Nevertheless, what we feel does not always matter, definitely, and games tend to have a general broad perspective – you'll be surprised when you hear the kind of games that several players keep playing every day.

This Pragmatic Play's video slot with the African Savannah theme is Safari King, and it is played on a five-reel, four-row reel with 50 pay lines. It doesn't precisely have rich base game features (there aren't any) and, even though there's a chance of you landing a top symbol in full screen in its base game (difficult to know because we've not seen the strips of the reels), it is a bonus you'll find almost all the time.

This game has a default RTP set at 96.49 percent and also an alternative RTP of 96.37 if the operator prefers that. There isn't any need to go into that because both are acceptable. You can play it on almost all types of devices, even though most people who have a low Bankroll may not look at its side since it's hit a min of 0.50 euros wager. On another hand, players who stake high will enjoy it since it gives change for bets up to 250 euros for each spin.

It's got decent-looking visuals, but it's still got that generic feel that we stated earlier. The quality of games of Pragmatic Play is quite fair and aren't actually deal-breakers. Visually, what actually saves Safari King is its cool animated backdrop that you will see dried grass that sways in the breeze, then birds that fly across your screen.

Symbols and Paytable of Safari King

It's got a total of 23 symbols, and we aren't surprised that its symbols that lay low are the 9, 10, J, Q, K, and A royals. Going to its symbols of more value are the elephants, rhinos, cheetahs, and gazelles on its reels – the elephant is the most lucrative one as it homes you 20× your wager for 5-of-a-kind and also being the only one that appears to be fully stacked on the game's reels.

The center of attraction in this game is the top predator in the Savannah and the King of the feline family, which is the Lion. It's a representation of the wild symbol giving it the ability to appear on every reel bar the first.

You need to land three bonus symbols on its center reels before you can get its free spins mode. Beginning with eight free spins, games will gain access to more wild symbols as one wild symbol will be added to reels 5, 4, 3, and 2 before each spin. The wilds that were added will stay on the actual set (however, not sticky) in the entire session. Now, all bonus symbols that you see on the reels in the bonus will add an extra free spin to your entire win without any limit to the number of times you'll be able to retrigger that feature.

As you have likely already known, the combo of added Wilds and retriggers makes for some exciting ninja because the chance of landing the 1000 times maximum win (full-screen lions or elephants) increases with each spin you play.

This game doesn't make any attempt to be different from an ordinary, rather simple slot which it is. Mind you, it isn't bad, and the 1000 times for each spin with potential makes it worth trying out without any doubts. Having said that, it's got that generic feel, which is made worse by its Savannah theme that's uninspiring as we have seen it lots of times before. 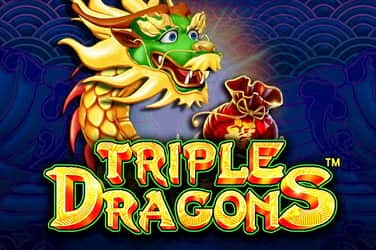